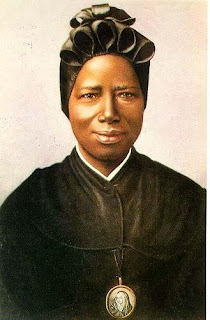 I would like to ask you a very personal question:

What happened to you when you gathered together, probably with your family and their closest friends—on the day you were baptized?

There is a good chance that if you were baptized as an infant you will not remember what happened to you on that day.  If you were someone who went through the adult catechumenate, participating in classes for the Rite of Christian Initiation for Adults (RCIA) then you probably do remember.

Nonetheless, whether we remember it or not, all of us are familiar with what our faith teaches us about baptism.  We know that on the day of our baptism our parents and godparents made the sign of the cross on our foreheads; that the priest or deacon poured water over our heads (or perhaps we were even fully immersed in that water) and the prayer of the Church was offered, in which Christ Himself, through His sacred minister, baptizes in the name of the Father, and of the Son and of the Holy Spirit.

On the day of our baptism Christ touched us, physically and spiritually.  We were touched by Him, healed of Original Sin and given new life in the Holy Spirit.  What a remarkable and amazing thing happened to us on that day!

There is a beautiful image for what happens at baptism in our Gospel this weekend.  St. Mark relates how Peter’s mother-in-law lay sick in bed with a fever.  In the time of Jesus, it would not be unusual for a person to die if the fever was severe.  Perhaps for that very reason St. Mark tells us that they brought Jesus to the woman “immediately.”  The sickness must have been serious indeed.  Then Christ did the most tender and loving thing:

He touched her, and she was healed.  She then began to serve those around her, filled with gratitude and self-giving love.  Such is the healing and life-giving encounter we experience in the Sacrament of Baptism.  The Catechism of the Catholic Church teaches that, “in the sacraments Christ continues to ‘touch’ us in order to heal us” (CCC, #1504).

That is what happened on the day of our baptism.  Christ touched us in order to heal us.  On the day we received the Sacrament of Confirmation, when the bishop made the sign of the cross on our foreheads with sacred chrism and prayed over us for the outpouring of the Holy Spirit, we were touched by Christ, healed and made whole.  That is what happens each time we encounter Christ in the Blessed Sacrament of the Altar.  “In the sacraments Christ continues to ‘touch’ us in order to heal us” (CCC, #1504).

How desperately we need and long for that touch and that healing; in a world broken by sin and so often tainted by evil, suffering and pain, how we yearn and long to be touched by Christ and to be healed.

There is a powerful story about a woman named Josephine Bakhita.  She grew up in Sudan, one of the largest countries in Africa, in a region called Darfur.  You do not need to be an expert in current events to know that Darfur is one of the most dangerous places on earth, particularly for women.  The atrocities committed against women and men, and the violence in Darfur spreading to the point of genocide, provoked a crisis that has cried out for international intervention in recent years (in 2004, U.S. Secretary of State Colin Powel referred to Darfur as the worse humanitarian crisis of the 21st century).  For Josephine Bakhita, growing up in late 19th century Sudan was no less dangerous.

She was born in 1869 to loving parents and had a peaceful, happy life with her family.   But at the age of nine she was abducted and sold off into slavery, which was not at all uncommon at that time (her own sister had been abducted only a few years before).  The experience was so horrifying that she forgot her own name.  When asked by her captors what she was called, she had no response.  Therefore they named her themselves, laughingly calling her “Bakhita, which means “fortunate.”  Being sold into slavery again and again, she was anything but fortunate.

Over the course of many years she experienced inhumane treatment and torments.  One of the worse was something referred to as tattooing, a process by which masters would be able to identify the slaves belonging to them.  Patterns and designs would be place upon the skin using flour, after which a razor was used to carve the images in permanently.  Salt was placed over the wounds to insure that deep scarring would take place.  Josephine related later that the pain was so excruciating she wondered how she even survived it.

The words of our first reading this morning could easily apply to Josephine Bakhita:

Is not man’s life on earth a drudgery? …So I have been assigned months of misery, and troubled nights have been allotted to me.  My days are swifter than a weaver’s shuttle; they come to an end without hope.
—Job 7:1;6

But as with Job, even so for Josephine, those days did not end without hope.  She was eventually sold to a family connected with the Italian Consulate, and began to experience kindness and even affection for the first time.  Due to civil unrest, the family she was with was forced to return to Italy, and Josephine asked to go with them.  Once in Italy she became familiar with the Canossian Sisters and even began to take classes in preparation for becoming a Christian.  She was baptized, confirmed and received the Eucharist, choosing the Christian name “Josephine,” as well as retaining the Arabic name “Bakhita,” for she considered herself fortunate indeed to have found the one she now referred to as the true Master.

Josephne Bakhita later joined the Congregation of the Canossian Sisters and was renowned for her joyful love of God and neighbor.   People would come to see her there at the convent, where she would bring them to the baptismal fount, with tears of great joy, and introduce them to it.  She would say: “This is where I became a daughter of God.”  She had been touched by Christ and healed of so much pain, a past filled with so much sorrow.

Asked once what she would say if she were to meet the persons who had abducted her so many years ago, she took that question one step further and responded: "If I were to meet those who kidnapped me, and even those who tortured me, I would kneel and kiss their hands. For, if these things had not happened, I would not have been a Christian and a religious today" (Bakhita Tells Her Story, by Maria Luisa Dagnino, 1993).

On October 1, 2000, Blessed John Paul II canonized St. Josephine Bakhita and this coming Wednesday, February 8, we celebrate her Feast Day.  She is a remarkable and inspiring woman of courage, virtue and faith who teaches us all what it means to be touched by Jesus Christ in the sacraments of the Church and to be healed.  Pope Benedict XVI, in his encyclical Spe Salvi, relates how she came to understand her life and her future with God: “I am definitely loved and whatever happens to me—I am awaited by this love.  And so my life is good.”

So I would like to come back once again to the question that I asked at the beginning of this reflection:

What happened to you on the day that you were baptized?


What happened to you on the day you received the Sacrament of Confirmation?


And what will happen to you today, as you encounter Jesus Christ in the Blessed Sacrament of the Eucharist, He who “continues to ‘touch’ us in order to heal us” ?
Posted by Rev. Christopher M. Mahar at 3:58 PM