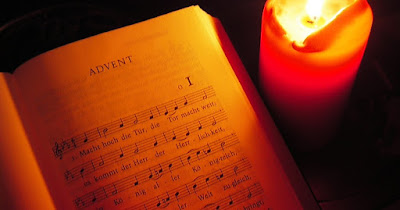 A few weeks ago, I had the honor of meeting a remarkable Jewish woman who spoke to me about her experience as a holocaust survivor.  The horrors that her family went through were unthinkable, but she preserved her faith and even now continues to serve those around her with generosity and love.  Her story is one that has been told thousands of times over, but could never be told enough.  The reason why there is a Holocaust Museum in Auschwitz-Birkenau, why there is Yad Vashem in Jerusalem and the United States Holocaust Memorial Museum in Washington, DC, is so that the world will never forget what happened.  Remembering the Holocaust, the world commits itself to never letting it happen again.

Less than five years after the end of the Second World War, however, a new threat to world peace was already beginning to loom on the horizon.   It was the beginning the Cold War.  At that time, 12 nations (including the United States) formed the North Atlantic Treaty Organization or NATO.  Today, 29 nations comprise its membership.  One of the foundational principles of NATO is that an attack on any individual member state is considered an attack on them all (article 5).  The motto for its military command headquarters, located in Mons, Belgium, is:  Vigilia Pretium Libertatis (the price of freedom is vigilance).  There is a wonderful and vibrant Catholic community at the headquarters, and their prayers are no doubt a part of that vigilance.

Being vigilant and watchful for the threats to peace is the best way to maintain peace and freedom.  The greatest solution to war, in other words, is to avoid it all together!  That system of collective defense has proven remarkably effective in that, in almost seventy years of its existence, article 5 of NATO has been invoked only once: September 11, 2001, when the United States was attacked by terrorists claiming thousands of innocent lives.  May it please God that article 5 never be invoked again, and may all the nations of the world be ever vigilant for the cause of peace.

In the Gospel for this weekend, Jesus Christ is calling us to vigilance in a spiritual battle that has eternal ramifications.  Over and over again, in that brief passage, Jesus exhorts the disciples:

Vigilance in the spiritual life allows us to encounter God and to avoid the complacency that draws us into the slavery of sin.  Being watchful and waiting in eager expectation for Christ enables us to be totally free and joyful as we wait for an eternal life with Him.  Vigilia pretium libertatis.  Lacking vigilance, we risk losing everything because we risk missing the God who comes into our world searching for us (see Luke 19:10).

Every year, as we begin the Advent Season, we hear from the Book of the Prophet Isaiah and of that spiritual struggle of the people of Israel.  They have not been attentive to the presence and the advent of God, and as a result they are held captive in Babylon.  Isaiah cries out this morning:

Why do you let us wander, O LORD, from your ways, and harden our hearts so that we fear you not?
—Isaiah 63:17
The result of their infidelity to the covenant with God has been devastating; they have hardened their hearts to His voice and become separated from Him.  They cry out in their exile, seeking the peace and freedom they were created for.  As we hear in the words of that hauntingly beautiful hymn every Advent:

In great desperation, Isaiah prays: “Oh, that you would rend the heavens and come down, with the mountains quaking before you . . .” (Isaiah 64:1).

Oh, that you would rend the heavens and come down . . .

What we celebrate in the miracle of Christmas is that this prayer of Isaiah has been answered!  God literally rent the heavens and came down to the earth in the child born in Bethlehem.  God became man and set us free from sin and death by dying for us on the cross.  He rose from the dead and has the power to give us new life in the Holy Spirit, poured out for us in the Sacrament of Baptism.  God did “rend the heavens,” He did come down into this world . . . but so many people missed Him, because they were not vigilant.  They were not watching for God.

This Advent, will we be watching?  Will we be vigilant?

At the heart of the Church’s message for Advent is observance of the first coming of Christ with great solemnity and devotion so that we may increase all the more our desire to see Him when He comes again (see Catechism of the Catholic Church, #524).  We who have been baptized into Christ are called to great freedom, but the full exercise of that freedom comes at a price: vigilance in our relationship with God and attention to His voice in our lives.  What a beautiful price to pay!

The 12th century monk, St. Bernard of Clairvaux, wrote about the visible nature of the two advents.  When Christ came as a child, we could see Him clearly.  The shepherds followed the instructions of the angels, the Magi followed the stars, and they saw the child in the manger; when He preached the Gospel in the synagogues people heard Him, and His crucifixion was a public event.  Some even saw Him after the resurrection.  When He comes again, He will be even more visible!  Jesus describes His second coming in the clearest of terms: “For as lighting comes from the east and shines as far as the west, so will be the coming of the Son of man” (Matthew 24:27).

But there is a third advent, writes St. Bernard, a third coming, which is much subtler.  It is not as obvious and could easily go unnoticed.  It is the coming of Christ into our daily lives.  He states, “Because this coming lies between the other two, it is like a road on which we travel from the first coming to the last” (St. Bernard of Clairvaux).  Are we awake and alert on that road?

Christ comes to us in our neighbor, as we learned rather dramatically in the Gospel last weekend (“Whatever you did for one of the least brothers of mine, you did for me”).  He comes to us in the Sacraments of the Church, as He does this morning in the Blessed Sacrament of the Eucharist or in the mercy we receive in the Sacrament of Reconciliation.  He comes to us in those moments that we wait for Him in the silence and seek to listen to Him in prayer.  But He cannot come to us in any of these ways if we are not vigilant, if we are not watching and waiting for Him.

As we begin this Advent Season we seek the vigilance that will allow us to be aware of all the many ways God enters our lives as we prepare to celebrate the birth of Christ.  In our watching and waiting for Him, may we truly experience the fullness of that freedom and joy that Christ died to give us, and that He comes to bring us eternally when He comes again.