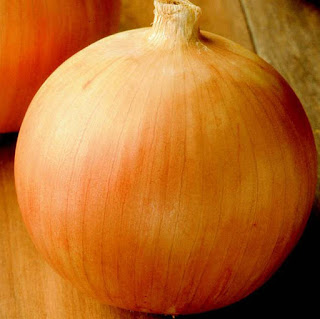 One of the greatest reads of all time is the classic novel, The Brothers Karamazov, by Fyodor Dostoevsky.  Written by one of the world’s best story tellers, it explores the deepest recesses of the human heart, encompassing suffering, tragedy, sin, redemption and faith.  One of the main characters of the book is a young woman named Grushenka.   Vicious and manipulative with each new chapter, she is rather easy to despise.  Yet midway through the book, everything suddenly changes!
There is a scene where Grushenka encounters Alyosha, the central figure of the novel.  He is a young man preparing to become a monk.  Innocent, kind, and deeply compassionate, Alyosha is the Christ figure in The Brothers Karamazov.   Grushenka is intending to ruin him.  But having just learned of a tragic event in Alyosha’s life, she offers a spontaneous and heartfelt expression of sympathy.

It is a small spark, barely noticeable, but enough for Alyosha to fan into flame as he seizes the moment and begins to praise her.  He has seen something deep within her soul that not even she had been able to recognize: the capacity for generosity and selfless love.  She blushes with shame and immediately begins to protest, but Alyosha counters, “I’ve found a true sister; I have found a treasure—a loving heart.  She had pity on me just now . . .”   Grushenka, caught completely off guard, practically comes undone!
With great emotion and almost childlike simplicity, she says, “Though I am bad, I did give away an onion.”  One of the other characters is astounded.  An onion?  What is that supposed to mean?  Grushenka goes on to describe a story she was told as a little girl, and one she is now applying to herself.

The story is about a peasant woman who lived a very wicked life.  At the judgement she was condemned and thrown in the lake of fire.  Her guardian angel pleads on her behalf.  God asks if the woman has ever done anything good for anyone.  The angel relays how there was one time that a hungry beggar came to her, and the peasant woman dug up an onion from the garden and gave it to the beggar.  God commands the angel take the onion, hold it out to the woman, and pull her toward heaven.  If the onion holds, then she can come home to Paradise.  The angel obeys, and is able to pull that woman straight up.   The onion is holding, but suddenly the other sinners in the lake see what is happening; they grasp onto the woman’s legs, also seeking to be pulled out.  Remarkably, the onion still does not break!  But the peasant woman realizes what is happening and, kicking violently, she begins to cry out, “I’m to be pulled out, not you.  It’s my onion, not yours.”  At that moment, the onion breaks and she falls back into the lake of fire.

The hope, of course, is that the story is just a story, and the life of Grushenka is far from over.  She still has time to make the right decisions and to hold on to that onion!  You can read the book yourself and see if she manages to do that.

In the Gospel for this weekend, Jesus Christ is holding out an onion for us.  It is the two-fold commandment to love God and love neighbor.  He says that “The whole law and the prophets depend on these two commandments” (Matthew 22:40).  The word Jesus uses for “depend on,” in the original Greek language, means literally to hang on, as if on a string.  Everything that God wanted to communicate through all the prophets of the Old Testament, all of the commandments of God, are dependent on this two-fold commandment of love.  But when Christ extends that commandment to us, He is not asking us to love in a void.  He is commanding that we love because He has loved us first (see 1 John 4:19).
The reading this weekend from the Book of Exodus gives us the proper context for understanding, and putting into practice, that two-fold commandment of love.  God exhorts His people:

You shall not molest or oppress an alien, for you were once aliens yourselves in the land of Egypt.
—Exodus 22:20

God is reminding them that they were enslaved in the land of Egypt.  They were helpless and vulnerable and there was nothing they could do to change their lot.  They would certainly have died in that place, but He extended to them an onion.  He set them free and gave them hope; He led them through the desert and provided for them; He brought them into the Promised Land and gave them a new life.  Now, He is saying, do not forget all that you have been given!  They are called to recognize the weak and the vulnerable around them and to extend that same mercy and love.  They are called to give an onion, because they know what it is like to have been pulled up out of the deep.

How is Christ challenging us to make that same acknowledgement in our lives this week?  I would suggest a very practical way that we can recognize all that Christ has done for us and how we can help to extend His mercy and love to those around us.  It is the prayer of the Holy Rosary.

Bishop Tobin, in commemorating the 100th anniversary of the apparitions of Our Lady at Fatima, has asked us to observe a “Year with Mary.”   When we pray the Rosary in this commemorative year, meditating on the mysteries of Christ—joyful, sorrowful, glorious and luminous—we come to see more fully and appreciate all that Christ has done for us.  We see His humble love in becoming a little child in a manger in Bethlehem; His generous and merciful love for us on the cross; His powerful love in and through us in the Resurrection and the sending forth of the Holy Spirit; His all-encompassing love for us in instituting the Blessed Sacrament of the Eucharist.  He has given us everything!  In meditating on these great mysteries and asking for Our Lady’s intercession in our lives and in the lives of those we love, we continue His saving work and extend it throughout time and space.

There is a great story about the renovation of the Sistine Chapel back in the mid 1980s and into the 1990s.  As they were clearing off the dirt and dust from Michelangelo’s depiction of the Last Judgement, they became curious about the strings some of the angels were using to pull souls up to heaven.  Why not use something a little stronger, Michelangelo?!  But as they continued the restoration they eventually realized that the angels were not using strings to pull people up, but Rosaries!   Michelangelo painted that scene during the period of the Protestant Reformation, and in the face of opposition from those who tried to downplay the efficacy and power of the Holy Rosary.  But the Rosary is a source of strength, not contention.  When we pray the Rosary, we are not worshipping Mary.  No, we are asking for her powerful intercession in the very words that the Archangel Gabriel and Saint Elizabeth used to address the Blessed Mother in Sacred Scripture.  As we do so, we are mediating on the life, death and resurrection of Jesus Christ.  That onion will hold!

Where is God calling us to go deeper in our spiritual lives this week, recognizing all that we have been given and all that He has done for us?  How can we continue to extend that love towards God and towards our neighbor through the Rosary and through all that we say and do each day?  We who have been loved so very much, must now love, in return: loving God with all our heart, soul and mind, and loving our neighbor as we love ourselves.
Posted by Rev. Christopher M. Mahar at 9:30 PM