Star Wars and the Magi 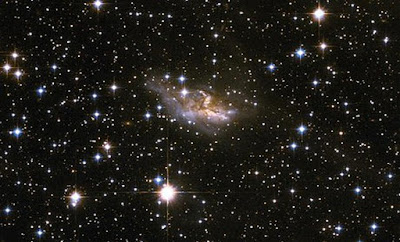 I had the opportunity recently to see the latest Star Wars movie, “The Last Jedi.”  One of the main protagonists of the film, and the one for whom its title presumably gets its name, is Luke Skywalker.  Of all the characters in the Star Wars saga, Luke Skywalker is likely the one most of us can identify with.  He is not like Ben “Obi-Wan” Kenobi, who always acts prudentially and consistently speaks from a place of profound wisdom.  Luke is not like Darth Vader, who regularly embraces the “dark side” and attempts to manipulate and destroy his enemies by all means possible.   No, like us, Luke is much more complex.  He must overcome many fears and difficulties that present themselves before him; he will need to overcome numerous obstacles along the way.   He is a farm boy from Tatooine (which might as well be Oklahoma, as far as we are concerned), but over the course of time and through many challenges, he becomes a Jedi Master and a force for good in a galaxy threatened by evil.  He truly becomes a great hero.

But after following his adventures through several classic films from 1977 to 1983, we entirely lose track of Luke Skywalker.  It is only in the two most recent films, 2015’s “The Force Awakens” and now “The Last Jedi,” that we discover where he has been.  It is not the case that Luke has gone over to the “dark side” and is practicing great evil.  He has simply withdrawn, choosing to no longer practice his art; he has become convinced that he cannot stand against such great evil and simply disengages from a seemingly futile and fruitless endeavor.  The dramatic tension of “The Last Jedi,” consists in the good people of the Resistance trying to draw Luke Skywalker back in.

I would suggest that our culture in general, and the Catholic Church in particular, is replete with “Luke Skywalkers.”  So many good men and women today have chosen to no longer practice their Catholic faith.  And let’s be honest, we have been called to something far greater than the role of Jedi Master.  God does not give us a light saber, but the light of Jesus Christ in the waters of baptism.  We are called to be children of God, bearing Jesus Christ and bringing Him to a world threatened by darkness.  To withdraw from so great a responsibility, from so noble a call, represents a tragic failure of epic proportions.

The latest book by Bishop Robert Barron, “To Light a Fire on the Earth: Proclaiming the Gospel in a Secular Age,” gives the astounding figure that close to one-third of Americans claim to have been raised Roman Catholic, but 41% of them no longer identify themselves with the Catholic faith.  It is not the case that they have gone over to the “dark side” or that they are necessarily atheists or anti-Catholic.  They simply no longer orient their lives according to the core principles and teachings of the Catholic faith.  The foundation of that faith, of course, is found in a personal relationship with Jesus Christ.   Our Lord calls us, in baptism, to a life of holiness.  Following Him, we possess the joy and fulfillment that we were always created for.

This Epiphany Weekend, we pray for all those that we know and love who have left the practice of their Catholic faith.  We pray for them, and for ourselves, that all the baptized will find in Christ that fire of love and reigniting of faith that alone fills our life’s journey with passion and purpose.

The Gospel we listen to this weekend, and that dramatic story of the Magi, give us a glimpse of what that journey might look like.  We are told by St. Matthew that they discerned the coming of the Messiah and followed a star that lead them as far as Jerusalem.  But suddenly they became lost.  Of course, we know this to be true because they did something that men never do, ever: they asked for directions!   They went to Herod, who assembled the chief priests and scribes, and the Magi were directed towards Bethlehem.  As they made their way towards the Child Jesus, Matthew describes their joy when the star suddenly reappeared:

And behold, the star that they had seen at its rising preceded them, until it came and stopped over the place where the child was.  They were overjoyed at seeing the star.
—Matthew 2:9-10

They were overjoyed!  They were elated!  That initial faith and spark of hope was reignited within them.  They went to where the Child was and worshipped Him.

Where will we find that star in our lives this coming week?  Where will God call our attention to Jesus Christ and lead us closer and closer to Him?  In Sacred Scripture, certainly.  God speaks to us in His word and sets our hearts on fire with the message of the Gospel (see Luke 24:32).  Here in the Eucharist God draws us closer to, indeed directly into, the flame!  In so many ways in our daily lives God lights the way for us to find Jesus Christ and to reorient our lives to Him.  Are we awake and alert to recognize these stars?  They have the power to change and transform our lives, if we allow it.  The Magi in the Gospel teach us at least that much.  They followed the star, they met Jesus Christ, and their lives were never the same again.  They worshipped Him and began to live an entirely different way of life.  St. Matthew tells us:

Having been warned in a dream not to return to Herod, they departed for their country by another way.
—Matthew 2:12

They went home by a different path, geographically; God was protecting the Child and His mother, and St. Joseph, for sure.  But the Fathers of the Church teach us that this Gospel verse is also to be understood spiritually.  In other words, once we meet Jesus Christ, we never walk the same way again.  We no longer act the same way, we no longer follow the same desires.  The sins that we once reveled in now weigh us down and fill our souls with sorrow.  The virtues that we never dared to pursue now attract us and bring us deep satisfaction, even if we have not yet fully realized them in our daily lives.  Having met Christ, we are different, changed, transformed.  May we embrace that epic journey in this New Year, and fulfill our destiny in the Church of Jesus Christ.
Posted by Rev. Christopher M. Mahar at 7:26 PM